Here are highlights from this past weekend as CPAC covered the 2014 Liberal convention in Montreal. About 3,000 delegates gathered to debate policy and hear from party leader Justin Trudeau.

Many journalists at the convention have reported that a video feed of Trudeau rehearsing tonight's speech was mistakenly broadcast into the media filing room about one hour ago. 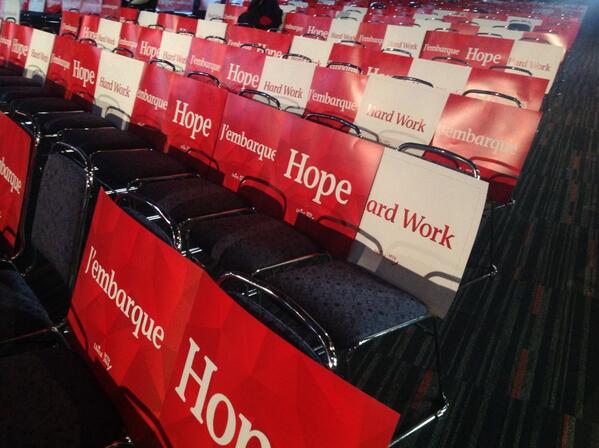 Holly Doan
@hollyanndoan
Long lineups of Liberals trying to get registered before @JustinTrudeau speech at 7:45pmEDT on @CPAC_TV #LPC14 http://pbs.twimg.com/media/Bg9HKmZIcAAIYn-.jpg 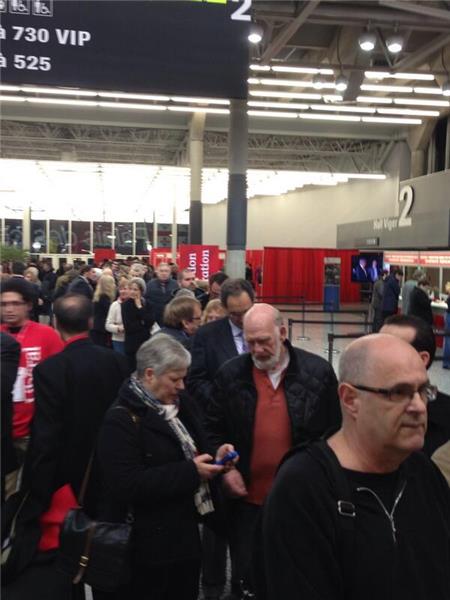 Retweeted by CPAC_TV
Feb. 20, 2014
Some of our immediate reaction to Trudeau's Thursday speech and an earlier talk with former U.S. Treasury Secretary Lawrence Summers:

John Ivison: Summers' talk laid an intellectual foundation for the next Liberal platform.

Trudeau criticizing Conservative and NDP approached to the Senate.On Harper: anyone who appoints Duffy, Brazeau and Wallin might want to be careful about campaigning on judgment.

Too much and too little government is an enemy of opportunity, according to Trudeau.

Andrew Thomson
@thomsonian
Trudeau says the modern-day Conservative party is not the party of Sir John A.
Feb. 22, 2014

Andrew Thomson
@thomsonian
Trudeau says Harper threw his own idea of fairness under the bus when going back on the income splitting promise.
Feb. 22, 2014

Andrew Thomson
@thomsonian
Trudeau: is Canada a freer, fairer, more prosperous country than a decade ago?
Feb. 22, 2014
Reaction on CPAC -- both on-air and online -- was fast:

brenda_slomka
@brenda_slomka
@CPAC_TV who is his speech writer? purpose of the speech? To define policy, to talk about Canada? To introduce himself again to country?
Feb. 22, 2014

David Akin
@davidakin
On CPAC, @alexboulerice says: “I had very low expectations for M. Trudeau — and he succeeded getting under them."
Feb. 22, 2014

Did you people note his emphasis on responsibility regarding the land and the environment? And how this produced a standing ovation ?

However, Trudeau did not hold a news conference to end the convention.

NDPmc33
@NDPmc33
Garneau is having a lot of trouble answering why Trudeau won't have a closing press conference after #lib14 . #CdnPoli via @CPAC_TV
Feb. 23, 2014

A major story at the convention was Lt. Gen (ret'd) Andrew Leslie, a Liberal foreign policy advisor and expected 2015 candidate. Recent reports of Leslie claiming $72,000 as part of a military relocation program, for a move within the same Ottawa neighbourhood, led to criticism from Defence Minister Rob Nicholson:

Leslie: Conservatives welcomed me to politics with a 21-gun salute.

Holly Doan
@hollyanndoan
General Leslie: I can appreciate the Conservatives' technical skills and timing to make this happen. (attack on his 72K moving bill) #LPC14
Feb. 21, 2014

We've asked the Conservatives for specifics on when Leslie made his alleged approach. If there's a response (or not) we'll let you know.

Holly Doan
@hollyanndoan
Leslie twice hustled away from CPAC camera by Liberals, refusing to say if he was shopping for job: CPC, Museum of Civ, RCMP. #LPC14
Feb. 22, 2014

2012: Thirty resolutions were deemed “priority” for the main plenary session: 13 submitted by the provincial wings and various party commissions, and another 17 chosen through online voting on the Liberal website.The first group included a call to break ties with the monarchy and create an elected head of state, implement a national housing strategy and a national food strategy, and high-speed rail corridors for Windsor-Quebec City and Edmonton-Calgary.Among the resolutions gaining online support were:• The creation of an independent “parliamentary science officer”• Establishing a national water policy• A Renewal Commission to suggest Liberal party reforms• Legalizing marijuana, along with taxation and regulation• Preferential ballots for federal elections• A “comprehensive public assessment” of the Alberta oil sands.

There were also policy sessions to send resolutions to a Sunday plenary, and from there, the party's official policies: 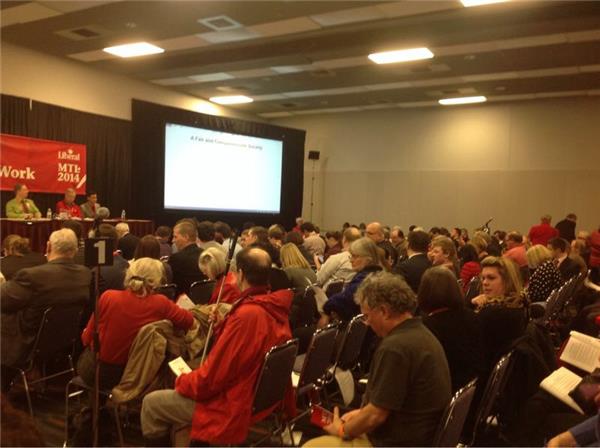 About to begin policy session on justice, veterans, seniors, housing, and pension issues.
by Andrew Thomson
As the main policy session, the rest of Canada's attention was on the men's gold-medal hockey game versus Sweden. That included the party leader: 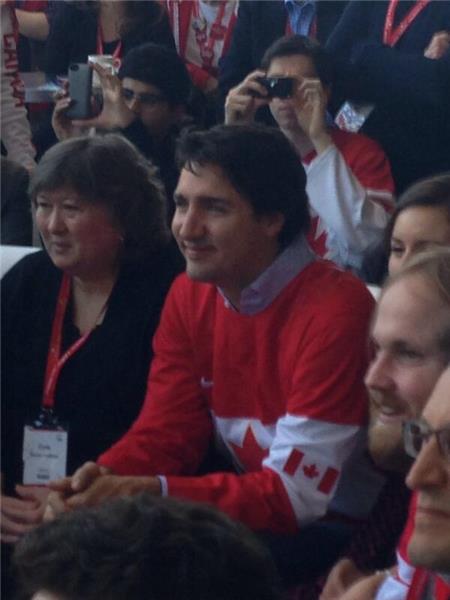 Retweeted by CPAC_TV
Feb. 23, 2014
Thirty-two resolutions passed the plenary to become official party policy. However, the leader maintains a veto over the election platform.
Policy resolutions called for more action on democratic reform, infrastructure, government-funded child care, and the decriminalization of assisted suicide.

Only a handful of senators removed from the Liberal caucus at the end of January attended the convention:

Holly Doan
@hollyanndoan
Sen David Smith: expulsion of Senators "could've been handled better" but this is "my family" and anyway, I prepaid convention. #LIB2014
Feb. 20, 2014

LIBERALS AND THE SENATE
All 32 Liberal senators were ejected from caucus in late January to sit as independents. A Senate Liberal caucus has instead been created, even though their roles as party organizers and fundraisers have been curtailed.
So the Liberal party's national board of directors submitted this resolution for special consideration. It's known as a "sense of convention" resolution, and is intended to confirm Justin Trudeau's decision to restrict caucus membership to elected MPs.
Resolved, that we as the Party assembled in Convention:
1) support our Leader in his decision that effective immediately only elected Members of
the House of Commons will serve as members of the Liberal Caucus,
2) direct the National Board of Directors to determine by our next biennial convention how
our LPC Constitution should be amended to reflect this new composition of the Liberal
Caucus, and
3) in the interim, direct our National Board of Directors to interpret the LPC Constitution
in such a manner as to be consistent with the new composition of the Liberal Caucus
A video feed of Liberal Leader Justin Trudeau rehearsing his opening night speech behind closed doors was broadcast into the media room:

Vote appears to be solidly in favour of Trudeau's decision, though he himself did not vote.