The House of Commons sits today in the aftermath of yesterday’s shootings at the National War Memorial and Parliament Hill that left a reservist dead.Cpl. Nathan Cirillo, a member of the ceremonial guard at the memorial, died in hospital after being shot. The shooter then moved to Parliament Hill, where security officials killed him.Instead of their normal Wednesday morning caucus meetings, MPs were placed under lockdown for several hours. Police cordoned off large sections of downtown Ottawa surrounding Parliament Hill. Other downtown buildings were also locked down.Prime Minister Stephen Harper visited the National War Memorial this morning to lay a wreath in Cirillo’s memory. 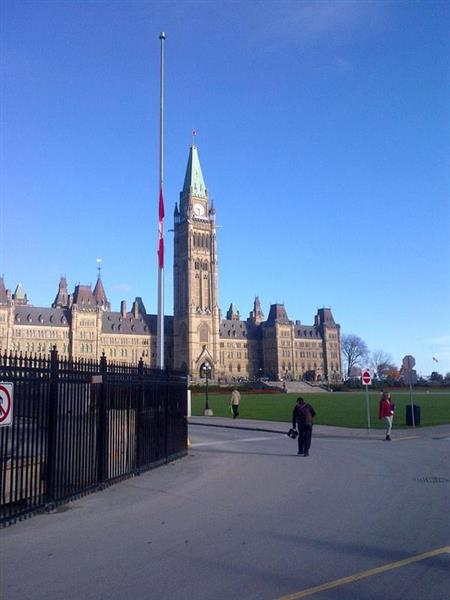 You can watch the speaker's parade and ovation for Kevin Vickers here.

Queen Elizabeth released a statement via Rideau Hall: “Prince Philip and I were shocked and saddened by the events in Ottawa yesterday. Our thoughts and prayers are with all those affected. ELIZABETH R.” 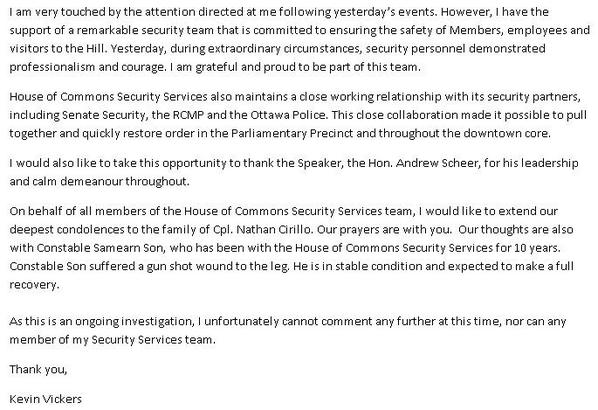